Do You Need to Upgrade Your Computer Hardware?

Do You Need to Upgrade Your Computer Hardware?

Computers have become critical in modern times. As a result, it is a good idea for people to make sure that their hardware is right for their needs and preferences. Something that can make a world of difference. If you feel your computer may be old, you may need to upgrade your computer hardware.

What Is Computer Hardware?

For those who are unfamiliar, computer hardware means the physical parts of the computer. Meanwhile, software would be the instructions that are stored on the hardware as well as run on the hardware. The two aren’t named thus because one is hard while the other is soft. After all, software isn’t physical in nature. Instead, hardware is hardware because it is much more difficult to change than software.

What Are the Different Kinds of Computer Hardware?

Hardware is a term that encompasses a very wide range of components. However, some of these components are more fundamental than others. For proof, look no further than these five kinds of hardware, which can be found in most modern computers:

CPU stands for the central processing unit. It is responsible for running the instructions that make up software. However, the CPU doesn’t necessarily do everything on its own. After all, a computer can have other processors for other specialised purposes.

To name an example, there is the GPU. GPU stands for graphics processing unit. It is used to speed up the creation of images that will be shown on a display device of some kind. GPUs are superior to CPUs in this regard because they have been designed for efficiency in their intended tasks. This makes them quite useful for anything with graphical capabilities.

RAM is random-access memory. Based on this, interested individuals might be able to guess that it is meant for storing things. However, it is important to note that RAM is temporary storage rather than permanent storage. In fact, it is used to speed up software by making it readily available for access. This saves the computer from the need to access the necessary information from permanent storage. Sometimes, RAM is also called volatile memory because it gets erased every time that the computer is restarted.

Here, storage refers to permanent storage. Nowadays, computers use either a hard disk drive (HDD) or a solid state drive (SSD) for this purpose. HDDs are the older, cheaper option. However, SSDs have become more and more practical because of technological improvements. Furthermore, they are faster because there is no need for a mechanical arm to find the right data on the right part of the hard disk.

How Can You Upgrade Your Computer Hardware?

Upgrading hardware can provide interested individuals with a lot of benefits. However, it can be both complicated and time-consuming for people without the relevant expertise and experience. This is particularly true because even once they have picked out their desired components, they will still need to make sure that everything work together. Simply put, convenience is the reason that most consumers choose to buy pre-built computers. A computer health check can be done to check hardware and software.

Fortunately, if people don’t have the expertise and experience, they can count on a suitable computer specialist to help out. Such professionals can ask interested individuals what they want. After which, they can provide the latter with a full list of available options. They can also make recommendations based on various criteria and then actually swap out the relevant components. Computer specialists can carry out hardware upgrades with remarkable speed. Even more importantly, they can get the job done right with minimal chance of error, thus providing interested individuals with their desired computer sooner rather than later.

Those who are curious should speak with PC Repair Cumbria to learn more about what is and isn’t possible when it comes to hardware upgrades. By doing so, they can get a better idea of the full range of options that are available to them, which should increase their chances of getting exactly what they want rather than be forced to settle for something inferior. For that matter, PC Repair Cumbria can help out with other hardware and software-related issues as well. One example would be hardware maintenance. This can extend their useful lifespan to the maximum extent. Another example would be hardware repair, which can enable people to continue using their computers rather than be forced to seek out a replacement. 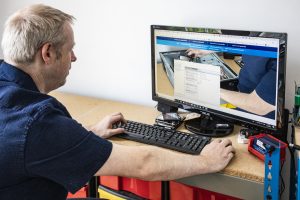 If you are like most people, you rely on your computer or laptop to get things done. When it crashes or freezes,

10 Simple Ways to Take Care of Your Laptop

Laptops are delicate pieces of technology and need to be treated with care. Here are 10 simple ways to take care of 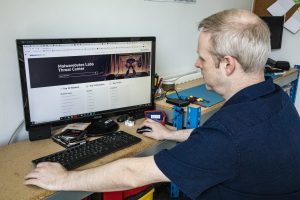 Important Things To Do When You Buy a New Computer